In just two legislative sessions, the Regenerative Recovery Coalition has contributed to the passing of more than 40 new Colorado state laws. Together, these laws have directed almost a billion dollars in state funding toward regenerative projects! This volume and breadth of influence is nearly unparalleled. How does the Coalition affect legislation on everything from air quality to waste diversion to affordable housing? What do the Coalition’s efforts actually entail, and can they be replicated in other states? To answer this, we must learn more about the Coalition’s unique, innovative approach: crowdsourced policy. 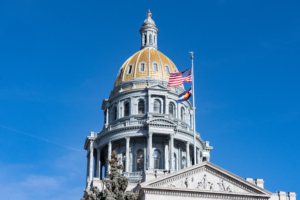 Before each legislative session, Coalition members submit their bold, transformational policy ideas through a Google Doc and then digitally collaborate to refine and rank the submissions. The resulting product is an expansive policy platform that represents the interests of a diverse group of citizens. This process was developed in spring of 2021 when the Coalition was asked by Speaker of the Colorado House of Representatives, Alec Garnett, to produce a stimulus project list to help guide the allocation of ARPA funds. After mobilizing through Google Docs, over 200 policy ideas were generated by the Coalition in just one week!

Once the policy platform is finalized, the Coalition works to share it with key influencers and decision makers. Coalition members meet with legislators, testify on legislative committees and distribute the platform across the Colorado House, Senate and the state administration. In some cases the Coalition does officially endorse policy and carry out grassroots lobbying, but more often the Coalition advocates for regenerative values over specific policies. If the Coalition’s efforts are successful, numerous bills that align with its policy platform will be signed into law! This year, the Coalition’s co-founder, Brenna Simmons-St.Onge, was invited by Governor Polis to a dozen bill signing ceremonies in recognition of the Coalition’s legislative role. 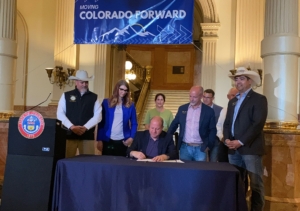 The U.S. government strives to be “of the people, by the people and for the people”. However, many often go unrepresented in policymaking, especially low income people and people of color. Many American citizens do not have the knowledge or connections necessary to influence policy. The Regenerative Recovery Coalition, with its diverse, cross sector membership and its innovative approach, is working to change this. Through the Coalition, anybody interested in building a regenerative future can join us and make their voices heard. Last winter, Speaker Garnett praised the Coalition. “From zero to sixty in a flash, they have mobilized a powerful coalition and partnered with the legislature in a new and refreshing way to help drive systems change,” he said.

Crowdsourced policy is new but not unprecedented. Around the world, from France to Malaysia to Taiwan, innovators are experimenting with crowdsourcing as a method of civic engagement. Indeed, the Coalition’s process is entirely replicable. In 2021 we were awarded a grant from the Hewlett Foundation to write a replication playbook! The Regenerative Recovery Coalition looks forward to leading this charge across the United States. Please learn more, join us and/or reach out to the Coalition’s director, Jolie Brawner, at jbrawner@thealliancecenter.org to otherwise get involved.

Read our Guide to a Regenerative Recovery and 2021 Legislative Recap.